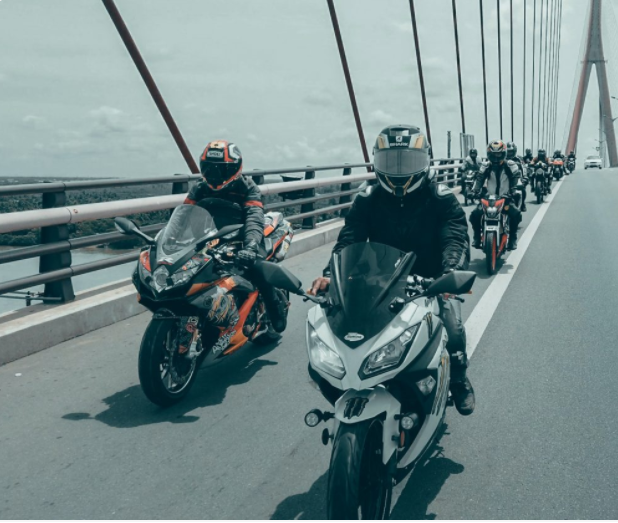 A world-first study has found the design of fuel tanks and the sitting position of riders is likely leading to one of the most common forms of injury among motorcyclists.

Researchers at the Transurban Road Safety Centre at NeuRA simulated a variety of fuel tank designs and sitting positions. They found that fuel tanks with a lower angle or more gradual rise from the front of the seat to the handlebars were safer and less likely to cause a pelvic injury to the rider during an accident.

About 15 per cent of injuries involving motorcyclists are pelvic injuries. They typically occur when the motorbike makes a frontal impact with another vehicle, which causes the bike to stop while the rider continues to hurtle forward at a high speed.

Pelvic injuries from motorcycle crashes can be life-long and result in difficulties with basic activities such as walking, sexual function, or urinating.

“In the simulated crash tests, we found differences in fuel tank shape influence the severity of the impact to the pelvis, with fuel tanks rising steeply and abruptly from the bike seat increasing the possibility of injury,” said Dr Tom Whyte, an injury biomechanics engineer and researcher at NeuRA.

This is the first time the interaction between the pelvis and the design of fuel tanks has been studied in this way due to a newly developed test method for physically recreating rider pelvis impacts in simulated crash tests.

During the tests, researchers made a second discovery. They identified that motorcyclists with a more upright posture, such as those riding cruiser bikes, had an increased likelihood of hitting the fuel tank with a greater force than those riding bikes where they have a forward-leaning position in the seat.

“There’s likely to be greater protection for a motorcyclist’s pelvis when they are leaning forward. This is because our tests found that there are smaller impact forces between the pelvis and the fuel tank when riders are in this position,” said Dr Whyte.

“The findings show that greater attention to the design of fuel tanks could improve the safety of motorcyclists particularly on motorcycles where riders are more likely to take an upright position while riding,” he said.

These findings are being presented to safety specialists and manufacturers in the hope that fuel tanks can be more safely designed in future.