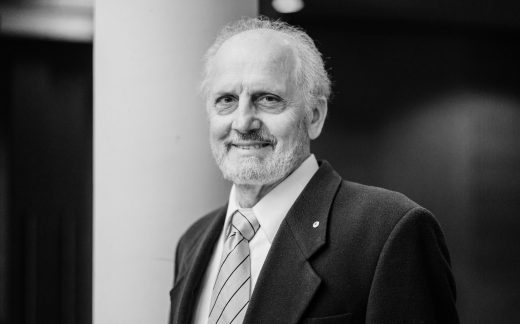 
Prof George Paxinos completed his BA at The University of California at Berkeley, his PhD at McGill University, and spent a postdoctoral year at Yale University. He and Charles Watson are the authors of The Rat Brain in Stereotaxic Coordinates. With over 50,000 citations across its 7 Editions (March 2014), it is the third most cited book in science after Molecular Cloning and the Diagnostic and Statistical Manual of Mental Disorders. Prof Paxinos has also published another 45 books on the structure of the brain of humans and experimental animals, his most recent being MRI/DTI Atlas of the Rat Brain. His work was recognised by an AO, Ramaciotti Medal, Humboldt Prize, a $4 million NHMRC Australia Fellowship and the NSW Premier’s Prize for Excellence in Medical Biological Sciences in 2015. He is a Fellow of the Australian Academy of Science, the Academy of Social Sciences in Australia and a corresponding member of the Academy of Athens. His novel Κατ’ Εικόνα (In His Image) was published in Greek in 2015 (English version pending).