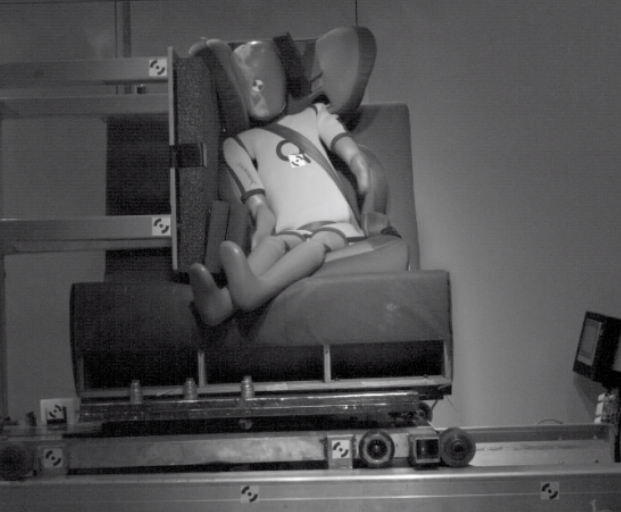 A series of crash-test simulations have found that the shape and height of arm rests in the rear seat of cars can reduce the effectiveness child restraints during side impact crashes.

The study by Julie Brown, co-director of the Transurban Road Safety Centre at Neuroscience Research Australia (NeuRA), found that the position of arm rests can influence the likelihood of head injuries during a crash, even when a child is correctly strapped into their car seat.

Her team of researchers found the risk of head injury during a side collision can increase by up to 52 per cent depending on the height of the arm rest.

“We have the opportunity to increase safety in cars by improving the shape of the armrest and door.  This would make it less likely that a side-on collision will result in death or serious injury of a child,” said Associate Professor Brown.

The researchers found that the position of the arm rest alters the movement of booster seats and this can influence head injury risk. A mid-height armrest was found to be most problematic compared to both low and high armrests. A completely flat door was safer than all arm rests.

This follows a recent report by Associate Professor Brown for the New South Wales Ombudsman  that showed significant intrusion was a factor in almost three-quarters of all child occupant deaths on NSW roads over the past 10 years.

“This is the first time Australian researchers have been able to examine how child restraints function when there is an intrusion of the door from a side impact,” said Associate Professor Brown.

“This is an important development because side impact crashes are responsible for most of the serious head injury that occurs to correctly-restrained children,” she said.

“There is a huge range of arm rests and rear door shapes in current vehicles. Our work shows the need to find the best design to minimise injury risks caused by the door shape or position of arm rests.”

Researchers at the Transurban Road Safety Centre are now looking to test rear door shapes commonly found in cars on Australian roads to determine which designs are safest.