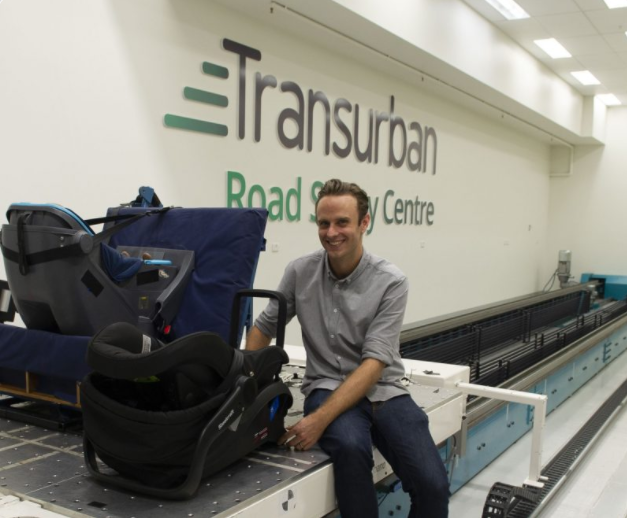 NeuRA and Transurban are proud to announce a new three-year partnership to support the operations of the Transurban Road Safety Centre at NeuRA.

The Transurban Road Safety Centre (TRSC) conducts research on how injuries occur on our roads, and how to prevent these injuries by improving safety equipment and ensuring it is used optimally.

During the first three-year partnership between Transurban and NeuRA, several important milestones were achieved.

These included the building of the TRSC in 2017, which became Australia’s first research-dedicated crash test lab. The TRSC’s crash sled enables researchers to test a myriad of simulated road accidents, providing invaluable data that can be used to improve safety for road users.

“Over the first three years of operations, we have made some exciting discoveries that will help keep Australia’s drivers, passengers and motorcyclists safer on our roads,” said the TRSC Lead Scientist, Professor Lynne Bilston.

“Our research has included improving the use and effectiveness of child restraints, providing better advice to older drivers about how they can protect themselves while behind the wheel, and examining how motorcycles could be designed differently to reduce injury during a crash,” she said.

The Centre’s research has been provided to regulatory bodies across Australia, as well as motorist associations, to inform regulations and assist road users.

“Transurban is committed to strengthening communities through transport and safety is always our highest priority in delivering benefits to our customers and the community. This partnership is a great fit for our organisation,” said Liz Waller, Road Safety Manager, Transurban.

“This partnership demonstrates the value of private sector collaboration with researchers. Together, we can help improve the health and safety of the Australian public,” said NeuRA CEO, Professor Peter Schofield AO.