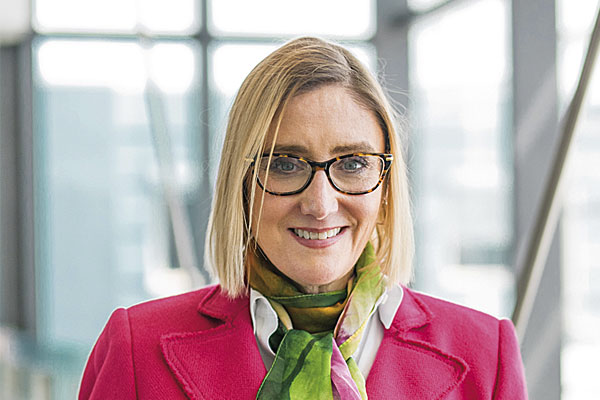 Professor Cyndi Shannon Weickert has been on a quest to determine the causes of schizophrenia for over 30 years. She has made a series of breakthrough discoveries that will have a global impact in the way we conceptualise the biological basis of this major mental illness.

Professor Shannon Weickert says researchers have long thought there were three main cellular types that could contribute to the mystery of what caused schizophrenia with the primary pathology residing in the neuron, the glia, or even the endothelial cells. Her research at NeuRA has identified a fourth player – the macrophage, a type of white blood cell, which was seen in the brain tissue of people with schizophrenia who had high levels of inflammation.

“What we believe is the glial cells are ‘angry’ and are emitting distress signals and changing thesurface of the endothelial cells so that these can catch and reel in monocytes, a type of white blood cell, from the bloodstream and into the brain tissue,” says Professor Shannon Weickert. These monocytes then transform into macrophages once inside the human brain. The macrophage, which means ‘big eaters’ in Greek, can be thought to be good as these cells digest cellular debris and microbes. However, these cells have a dark side as they can destroy healthy tissue when they go rogue.

“Through the microscope I saw massive amounts of these clusters of small brown-coloured cells packed along the blood vessels in the brain tissue, close to the neurons,” Professor Shannon Weickert says.The presence of immune cells in the brain tissue can produce inflammatory factors to further drive the neuronal damage in schizophrenia. Immune cells would only enter the brain to conduct immune surveillance, then may die out or re-enter the bloodstream. In schizophrenia, they may over-react and cause collateral damage.

“This opens whole new avenues for therapy. We may be able to find a way to block entry of these immune cells into the brain to see if that’s going to seriously thwart symptoms and improve brain function for people with schizophrenia,” says Professor Shannon Weickert.

The inflammation observed in 40 per cent of the study sample, indicates future therapies could benefit a large portion of the schizophrenia community.

Before we thought it was primarily the cells that resided in the brain that were causing schizophrenia and for over a century people have been focusing on neurons and glial cells, but we’re the first to show these immune cells are in the brain, in proximity to the neurons and positioned to do damage”.