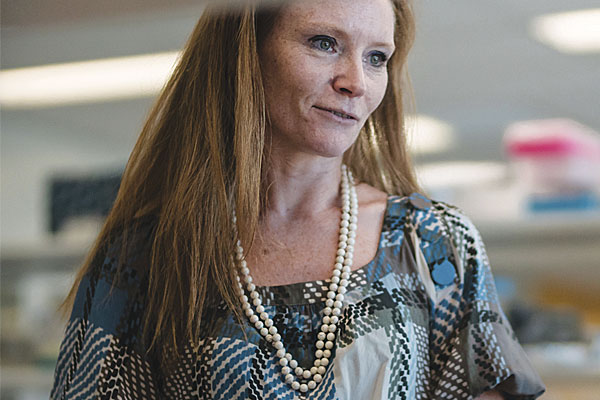 Around 250,000 Australians are affected by bipolar disorder, a major mood disorder characterised by periods of mania and depression, which can be highly debilitating. People living with bipolar disorder can face a range of issues, including escalating impulsive and risk-taking behaviour and reduced life expectancy, leading to increased suicide risk and higher rates of general health conditions such as cardiovascular disease.

Current treatments are highly variable for individuals with this condition, and the specific genetic causes have remained largely obscure. A collaborative research project will be led by Dr Jan Fullerton, a Senior Research Scientist at NeuRA, that includes researchers across NeuRA, the Black Dog Institute, UNSW, Prince of Wales Hospital, and the Sax Institute, to establish NSW as a national and international leader in genomic medicine.

The study will utilise over 10 years of administrative health-record data from the Sax Institute’s 45 and Up study, the largest cohort study of healthy ageing in Australia, comprising over 267,000 individuals. From this resource, researchers will recruit and obtain genetic samples from 1,200 individuals with bipolar disorder to perform whole genome sequencing through the state-of-the-art genomics facility at the Kinghorn Centre for Clinical Genomics and the Garvan Institute.

“This landmark study will use advanced genomics and administrative data analysis of government health records to address key knowledge gaps in the causes and treatment of bipolar disorder,” says Dr Fullerton.

“Bipolar disorder is most commonly treated with lithium, but this is only fully effective for around 30 per cent of patients. Currently, there are no tools to identify which individuals are most likely to respond to lithium, and treatment often entails a frustrating trial-and-error approach on a series of medicines before an effective treatment regime is identified.”

The investigator team aims to identify genes and molecular pathways which increase the risk of illness, and genetic signatures which may predict responsiveness to medicinal treatment. The team will also examine genetic signatures which influence general medical conditions more commonly experienced in people with bipolar disorder (such as cardiovascular disease, diabetes and asthma), which further reduce quality of life and significantly impacts the overall health of people living with bipolar disorder.

The project has potential to open avenues for personalised medicine in the future treatment of bipolar disorder, potentially enabling the identification of individual patients who would benefit from specific treatments based on their genetic makeup. This unique study will also contribute to key international collaborative efforts to further the potential for gene discovery, improving our understanding of the causes of this complex and highly heritable psychiatric condition.

Bipolar disorder is most commonly treated with lithium, but this is only fully effective for around 30 per cent of patients.